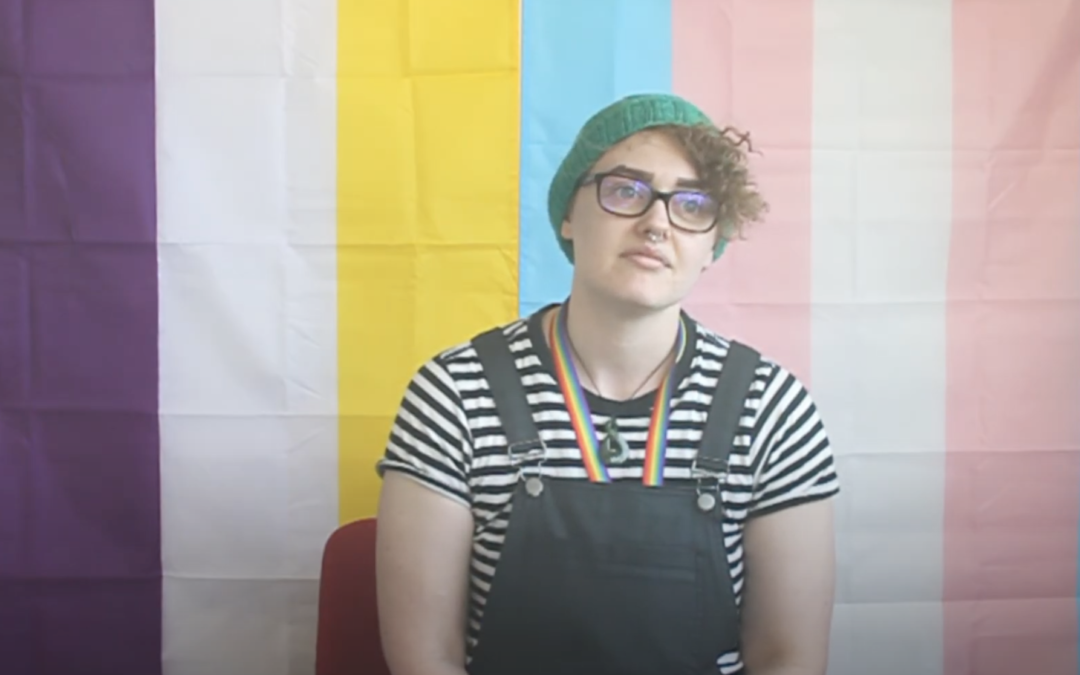 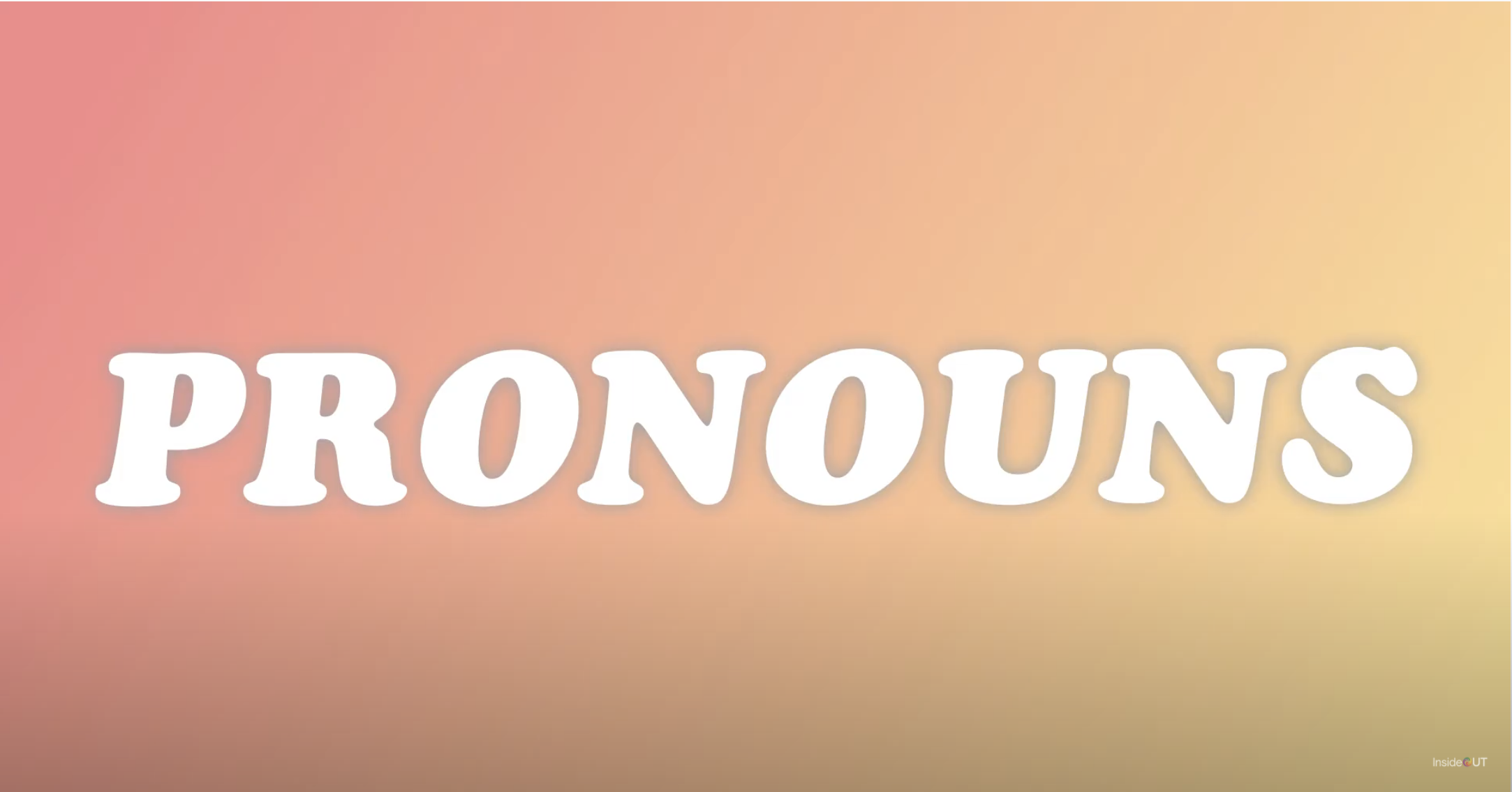 This page will explain pronouns; what we mean when we talk about pronouns, and how they can be an important aspect of acknowledging people’s gender identity.

Pronouns are the words we use to refer to someone when not using their name. Commonly used pronouns in the English language include he/him, they/them and she/her. Those of us who’ve been socialised to think of gender in a very binary way are often in the habit of using binary gendered language when referring to people, because we’ve assumed that they are a man or woman based on their name, appearance, or physical cues such as their voice.

Pronouns in other languages, such as te reo Māori, are gender neutral by default (ia).

There are also other, newer pronouns that people may use. These are called neopronouns. Examples of neopronouns include xe/xem and ze/hir. These neopronouns are alternative pronouns that are considered gender neutral (as opposed to she/her or he/him). You can learn more about these and other pronouns by using the Pronouns app linked at the bottom of this page.

Why are pronouns important?

Sharing your pronouns and asking for someone else’s is an easy way to signal to the person you’re talking to that you aren’t assuming what their gender identity is, or how they wish to be referred to. This is really important because every trans and gender diverse person’s journey is different. While some people may take steps to transition socially, legally and/or medically, others may not. You can therefore not know what someone’s gender identity is just by looking at them, knowing their name or hearing their voice.

You can never know the pronouns that someone uses until you ask them.

Asking someone for their pronouns immediately lets people know that you’re open to reflecting the language they use for themselves back to them. It signals that you respect their identity.

Many trans and gender diverse people are misgendered often (ie. referred to using language and pronouns incongruent with their gender). This can cause them to experience gender dysphoria, or feel uncomfortable being open about their gender with the people who misgendered them. One way to think about this is that if you were a cisgender man who wished to have people refer to you using he/him pronouns, how would you feel if people automatically used she/her pronouns when talking about you, or addressed you using words like ‘ma’am’?

Some trans or gender diverse people may be happy with multiple different sets of pronouns, or be comfortable only using certain pronouns in certain situations. This could be because they are not yet out to everyone they know, or are trying out new pronouns. It can therefore be useful to ask about the contexts in which someone feels comfortable or uncomfortable being referred to with certain pronouns.

It can be tough for some people who are used to assuming people’s pronouns, or using a certain set of pronouns for someone, to adjust to using new ones. Because of this, you may sometimes slip up at first. Like learning any new skill, this is normal and it will get easier over time and through practising. The main things to remember if you do slip up is:

-don’t make it a big deal

-try to do better next time

People can generally tell when someone has made an honest mistake with their pronouns, and when someone is just not trying to use the correct ones.

It can be quite an effort to think about gender neutral alternatives to words like aunt, uncle, niece, nephew etc., which shows us just how binary our understanding of gender is, and how the English language doesn’t currently make space for people whose gender is not binary.

Here are some tips for adjusting to different pronouns or not assuming people’s pronouns:

– Tell yourself stories in your head about people you see on the bus, on the street etc., like ‘I really like that person’s top’, or ‘Their lunch looks delicious’. This can help you to challenge the natural instinct to immediately gender people.

– Practise talking about celebrities who use they/them pronouns with colleagues, whānau or friends

“For me, using ia pronouns acknowledges my Self, as in my tinana, as well as my wairua, my whakapapa and my tupuna. Gender isn’t binary, and neither am I.” -Brit (they/them/ia)

“As trans people, we become really aware of the gendered language used around us every day. While pronouns might seem insignificant, they remind us of how other people perceive our gender. Being misgendered can feel like someone has thrown something at you. On the flipside, when people use language that affirms your gender, it can feel euphoric. Seven years after coming out as trans, I still feel warm inside every time my parents use he/him pronouns.I think it’s important to remember that the words we speak do not only belong to ourselves, but equally to those whom they affect the most.” -Alex (he/him)

Sharing your pronouns, especially if you are not trans, can take some of the pressure off trans people to explain their identity. It also challenges the common assumption that pronouns are only a ‘trans thing’. Most people have preferences for the pronouns that they use, regardless of their gender. Here are some things you can do to create space for people to share their pronouns:

– Share your pronouns when you meet new people, by saying something like “Hey I’m [your name] and I use she/her pronouns. How do you like to be referred to?”

– If you’re introducing someone to another person, try to use a sentence that includes their pronouns when introducing them as a subtle way to let that person know their pronouns. For example “This is Ash. I met them through work!”

– Include your pronouns in your email signature and encourage others to do so. You can even add a link to this page directly after the pronouns so that those who don’t know why you’ve included them can learn more!

It can sometimes be tricky to find an appropriate moment to ask someone about their gender. If you meet someone and don’t want to assume what pronouns they use, it can be good to use they/them pronouns until they state their pronouns. That way, you’re not assuming, and minimising the risk of misgendering them. We aren’t advocating that you eliminate ‘he’ or ‘she’ from your vocabulary. If someone tells you that they use she/her or he/him pronouns, please use them! 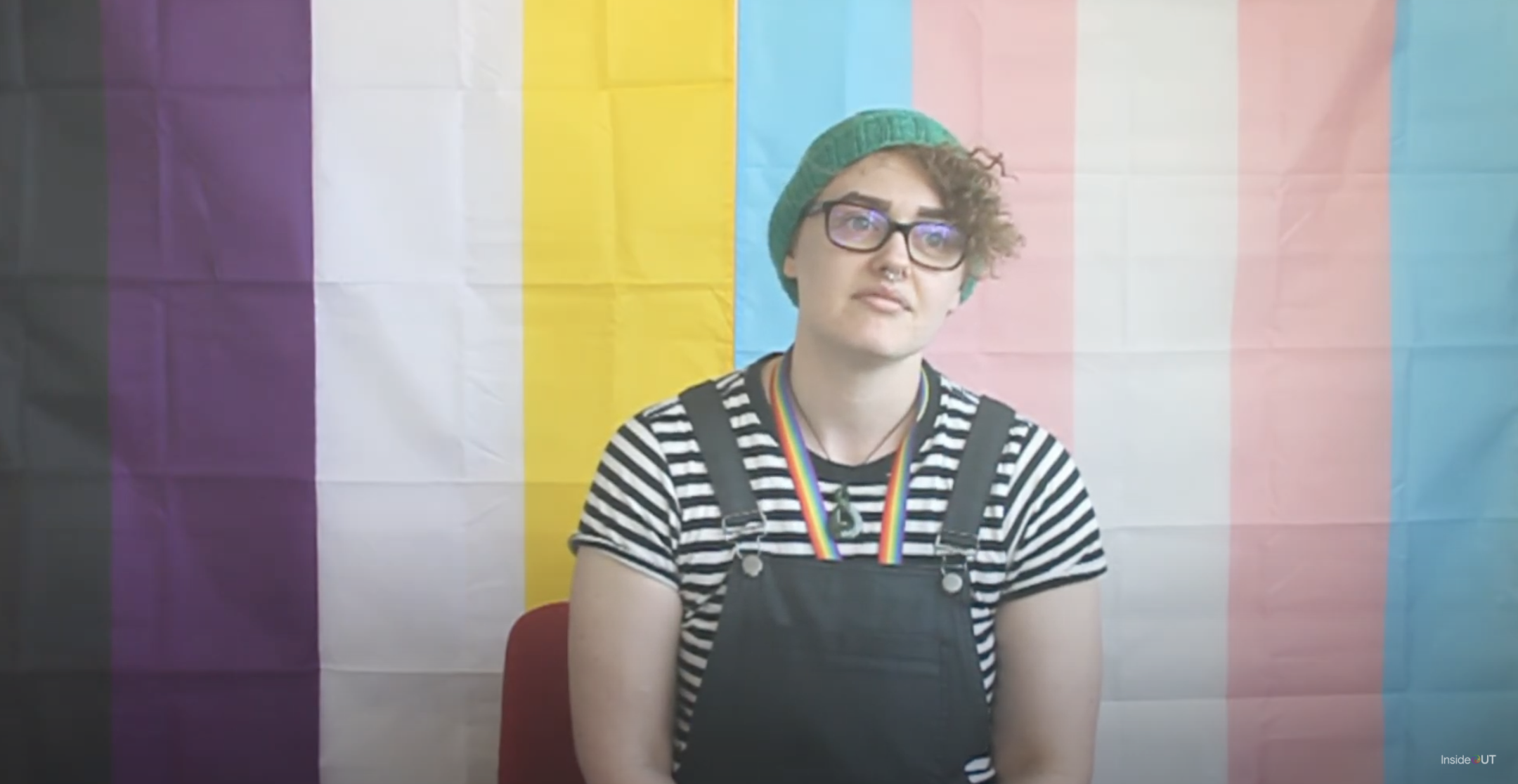